Taking The Lead For Fashion Quality 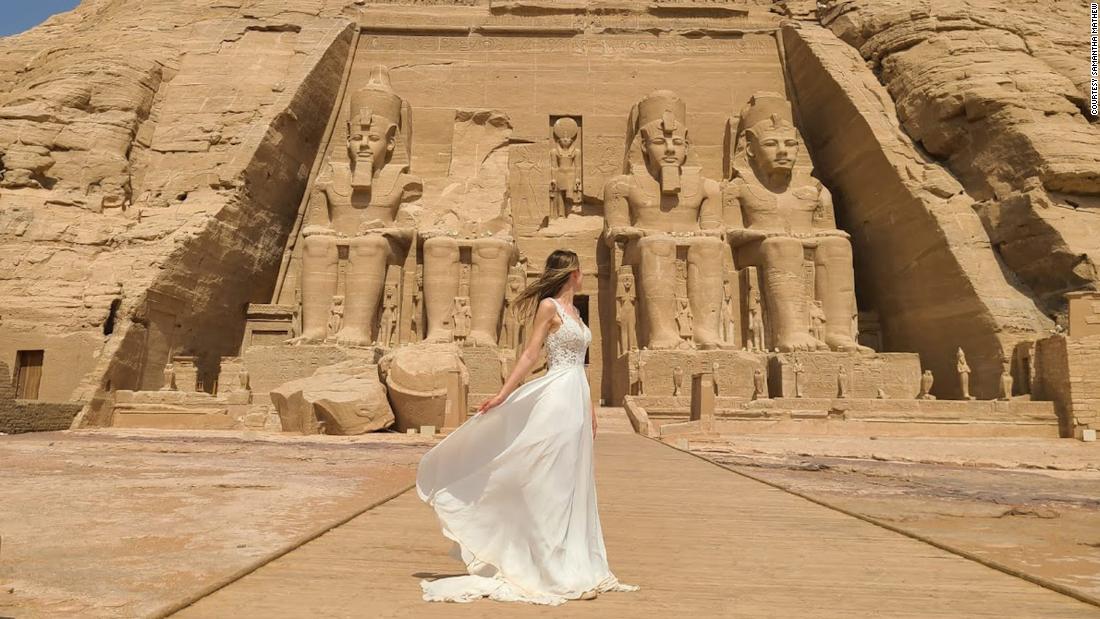 “We generally just kind of stuff it into a vacuum seal bag … and it comes out basically looking brand-new,” said Mathew, who goes by Sam.

Or nearly. By her calculation, the dress has been to 13 countries since her May 2018 wedding.

“At this point, it’s kind of dirty. We’ve taken it quite a few places. So not brand-, brand-new, but it comes out presentable.”

The dress comes along as part of a tradition she and her husband, Andrew Mathew, both 29, have adopted to celebrate their marriage and their love of travel. They’ve posed for honeymoon and anniversary photos in front of some of the world’s most recognizable landmarks, the gauzy dress swirling around Sam.

It’s a tradition born out of her desire to wear the gown as much as possible.

Spending a lot of money on a dress she would wear only once seemed highly impractical to Sam, a behavior analyst who works with children who have developmental disabilities. Initially, she had hoped to buy a used or very inexpensive dress, but her mother had other ideas.

“She wanted me to have the dress of my dreams, and I kept telling her, I don’t have a ‘dress of my dreams,’ but she was pretty insistent on getting not a used dress,” Sam said. “She wanted it to be mine so that maybe if I have a daughter one day, she can wear it or play dress up in it or whatever.”

Samantha and Andrew Mathew pose in front of Abu Simbel in Egypt during their 2021 anniversary trip.

They went dress shopping, where Sam tried on “big fluffy dresses” and her eyes popped at price tags up to $6,000. Her mom fell in love with a flowy, silk 1920s Old Hollywood-style dress that cost about $5,000.

Sam couldn’t do it, and she resolved that if an expensive dress were in the cards (hers cost about $1,300, she recalls), she would definitely wear it more than once.

She and Andrew, a family medicine doctor, decided they would hold small marriage celebrations in each of their many honeymoon destinations, with photos to capture those moments, and eventually settled on the idea of traveling with the dress for annual anniversary trips.

The quest for a dress continued, with specific requirements.

Sam went into one shop and told the saleswoman, “‘Well, I’m actually looking for something that will travel well. So if I need to … roll it up into a ball and stuff it into a bag it’ll come out looking OK.’ And I remember she just gave me this look like I was crazy,” she said.

At the Acropolis in Athens, the wedding dress photos were nixed by staff on site, but the couple was directed to this more distant viewpoint.

But she found a dress — an ivory chiffon gown with a lace bodice by Essense of Australia — that fit her body type and met that most important travel requirement.

She and her husband wanted to keep the wedding simple. He was about to start his medical residency in Los Angeles after many years of study at the University of Miami, where the two met.

“I am not one of those people who has been dreaming about my wedding since I was a little girl, so the smaller the better for me. And Andrew also didn’t want anything big. He actually just wanted to travel,” she said.

They ended up having two small wedding events — an official church wedding outside of Dallas, where her husband has family, and a friends and family gathering in South Florida, where Sam is from. And they put a lot of their time and resources toward a whirlwind three-week honeymoon, with dress in tow.

Moments from a marriage

They covered a lot of ground on their honeymoon: London, Marrakech, Rome, Kenya’s Masai Mara, Bali, Bangkok and Beijing.

Sam’s first time changing into the dress in public happened during a 12-hour layover in London, where the couple posed at several popular sites.

“When we were in front of Buckingham Palace, we actually had a group of other tourists come up, and they were fixing my hair and positioning the dress and having us do different poses, which I thought was funny.”

On their honeymoon, photos in front of London’s Buckingham Palace were styled by fellow tourists.

With two more anniversary trips complete, Sam has gotten pretty good at changing into the dress on the fly. She wears pants or shorts and a white tank top or sports bra for a quick bridal transformation.

“Then we’d take a few pictures, we would say nice things to each other — kind of do our own little ceremony,” she said. Their social media accounts are private, and “the tradition is really something just for us, our families and close friends, and hopefully one day for the family we create together as well.”

Andrew at first brought along a suit jacket for their small ceremonies, but he’s more inclined now to put Sam and the dress in the spotlight.

“He prefers to be the photographer than to be in the pictures at this point,” Sam said. “I always make him take one with me because that’s kind of the memory that I want to have.”

Sometimes people stare, sometimes bystanders style the couple and take the photos. Overall, the reception as they travel has been positive.

“Everyone has actually been very helpful,” Sam said. There have only been two times when the dress tradition was nixed by staff at landmarks they’ve visited. Machu Picchu in Peru and the Acropolis in Athens, although in Athens they were directed to a spot farther away with a view of the Parthenon.

The couple’s second wedding anniversary in May 2020 was celebrated at home in Los Angeles.

In 2019, the couple celebrated their anniversary in Costa Rica. Last year, with the pandemic raging, the pair took anniversary photos of themselves at home in the Los Angeles metro area, where they now live, complete with toilet paper and other sought-after supplies.

This year, fully vaccinated with two months off (a change of job for Sam coincided with the end of Andrew’s residency), the pair took a two-stage anniversary trip. Two weeks in Peru, a few days at home, and then nearly six weeks ping-ponging around the world to Italy, Jordan, Egypt, Kenya, Greece and Croatia.

While they’re not ones to repeat destinations, they revisited Italy and Kenya because they loved those countries so much and they were open to visitors. “It was different, but it was still possible,” Sam said of traveling internationally in 2021.

She and Andrew don’t have any more international travel booked yet for themselves or the dress, “but the plan is to keep going and just bring it out and let it breathe as much as possible until maybe there’s only a scrap left.

“And then maybe we can sew that into our daughter’s dress or put it in a frame. I don’t know, do something with it,” Sam said.

There must be more memories to be made from this one very well-traveled, well-worn gown. 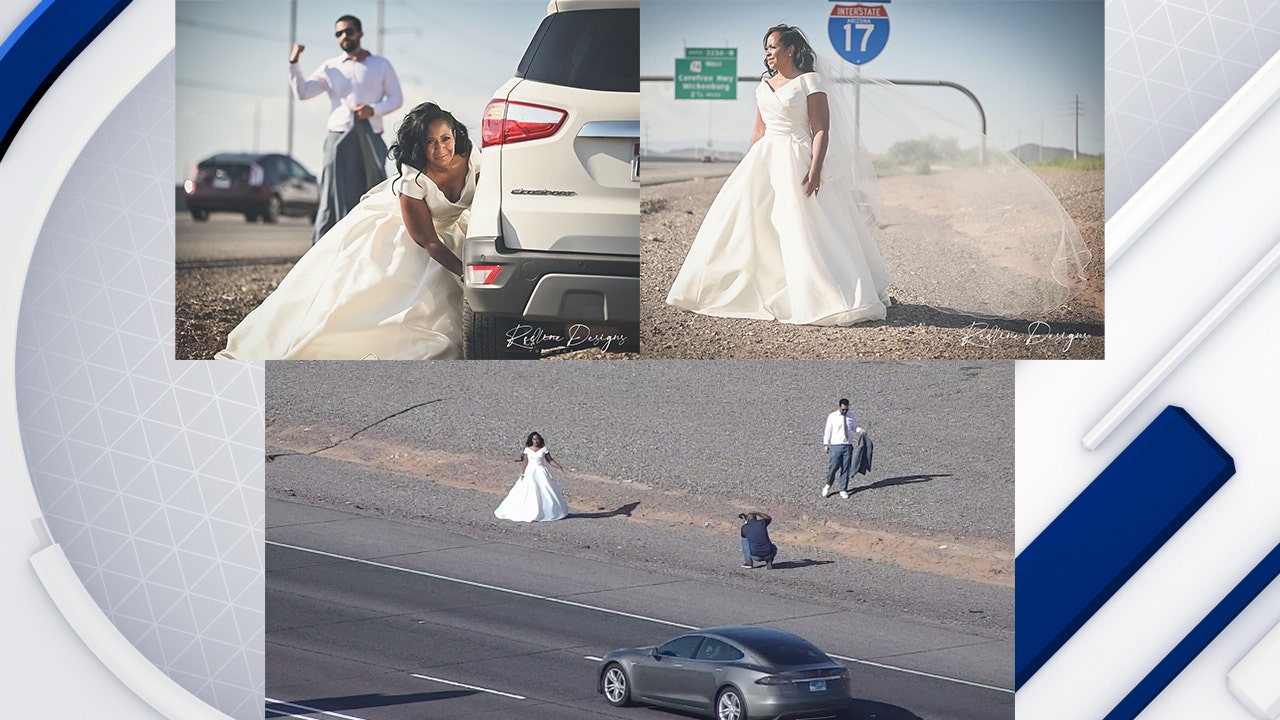 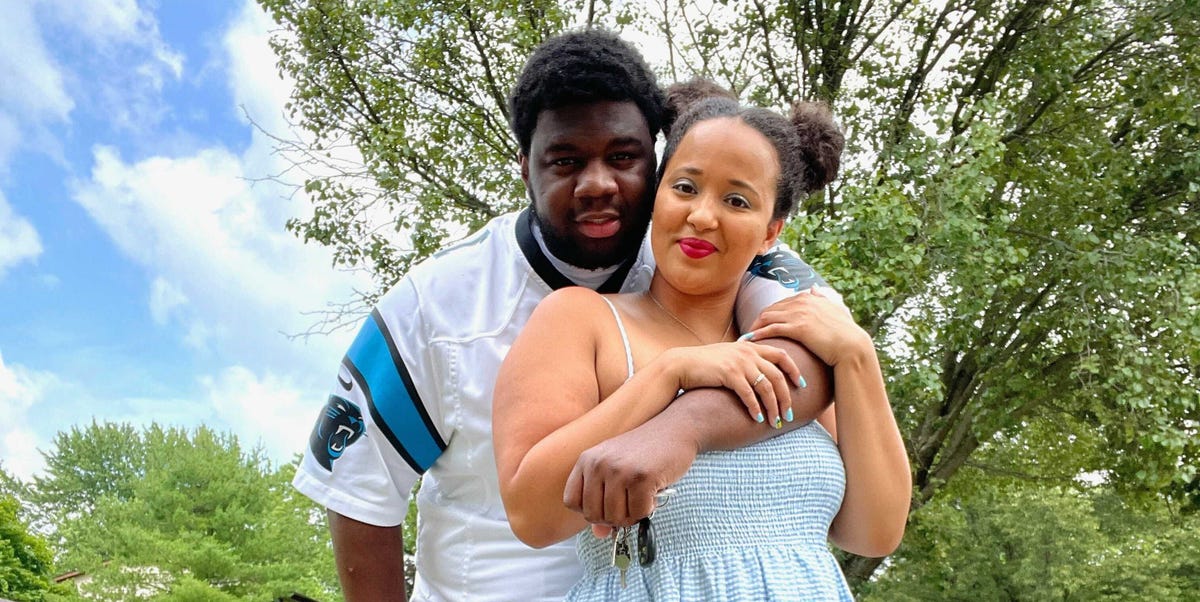 This website uses cookies to improve your experience while you navigate through the website. Out of these, the cookies that are categorized as necessary are stored on your browser as they are essential for the working of basic functionalities of the website. We also use third-party cookies that help us analyze and understand how you use this website. These cookies will be stored in your browser only with your consent. You also have the option to opt-out of these cookies. But opting out of some of these cookies may affect your browsing experience.
Necessary Always Enabled
Necessary cookies are absolutely essential for the website to function properly. This category only includes cookies that ensures basic functionalities and security features of the website. These cookies do not store any personal information.
Non-necessary
Any cookies that may not be particularly necessary for the website to function and is used specifically to collect user personal data via analytics, ads, other embedded contents are termed as non-necessary cookies. It is mandatory to procure user consent prior to running these cookies on your website.
SAVE & ACCEPT
Go to mobile version