It’s the first week of the new year, but the competition to win the 2022 fashion collaboration game, that ever-escalating race to come up with the most eye-popping, head-shaking counterintuitive pairing of brands, has already begun.

First out of the gate: Balmain, the French high fashion house, and Barbie, the ultimate plastic doll. It may signal the official breaching of the next big fashion frontier: the world of toys. Though the marriage of Mattel iconography and material iconography is not exactly what you might expect.

There is no doll involved: Instead there is a 50-piece Barbie-inspired collection for grown-ups. It is modeled by racially diverse avatars and will include three NFTs of one-off looks to be auctioned online, each of which comes with a doll-size physical design, thus extending Barbie’s reach into the digital collectible space.

And most pointedly, both the collection and the NFT looks are unisex: Barbie clothing that erases the Ken-Barbie divide.

After all, even in the era of the first female vice president, when Barbie and all the antiquated female stereotypes she can represent seem irrelevant, the collection is disarmingly appealing. It was designed with a dash of irony filtered through pink glasses and the giant grin of a boy who once felt he wasn’t supposed to play with dolls and has now been given free rein to reimagine the most popular one in the world.

“Having Barbie in my Balmain army, making a collection inspired by her where there are no boy clothes or girl clothes, is my small revenge,” said Olivier Rousteing, the creative director of Balmain. “I think Barbie represents a joyful dream world. There’s nothing wrong with a dream. But let’s push the dream and not dream of the 1950s or 1960s, but 2022. For me, it’s a lot more than just a commercial project. It’s very emotional.”

He was speaking, he said, from personal experience — “as a kid, I did play with Barbies, and did feel some rejection for it”— which was the reason he was interested in taking his relationship with Mattel beyond the dress-the-doll phase.

Mr. Rousteing previously made looks for the Claudia Schiffer Barbie and, in 2021, invited a C.G.I. Barbie and Ken to the Balmain digital fashion show. And he is but one of a long list of designers who have made clothes for the doll, including Jean-Paul Gaultier, Michael Kors, Donatella Versace, Diane von Furstenberg and Karl Lagerfeld.

In 2009, for her 50th anniversary, there was a special “Barbie fashion show” at New York Fashion Week, and in 2019 Barbie received the Council of Fashion Designers of America Board of Directors’ Tribute, an award given previously to Michelle Obama and Cecile Richards of Planned Parenthood.

But this collection takes her influence, and the concept of inclusivity, to an even broader level.

As to why Mattel was interested, well, according to Richard Dickson, the president and chief operating officer of Mattel, the company believes that toys have the potential to be a credible fashion accessory, just like bags and perfume.

“When you combine the seriousness of high fashion with the fun of toys, it’s very powerful,” Mr. Dickson said. As it happens, Mattel has some experience in this area, having created a limited-edition Hot Wheels Cadillac with Gucci in October. The toy cars — 5,000 of them, priced at $120 each — sold out within minutes, according to Mr. Dickson.

Prices for the Barbie x Balmain collection are higher than that. They range from $295 for a T-shirt to $42,495 for a signature gown, which is a lot more than usual Barbie prices, but less than classic Balmain, where a basic logo tee retails for $495. (No one knows how much the NFTs will go for in the current gold rush climate of digital collectibles; the auction takes place Jan. 11 to 14.) The point, Mr. Dickson said, is that just as those who may aspire to a Chanel bag can begin with a bottle of Chanel No. 5, those who dream of a Balmain dress can start with a Barbie x Balmain accessory.

“People are looking for optimism and joy, especially now when life is very heavy,” he said. “Toys are that by definition.” That the same definition can be applied to fashion is one of the convergence points.

And it is true that it is hard to look at the Barbie x Balmain collection and not giggle, despite the saccharine sweetness of the color palette, which ranges from fuchsia to bubble gum (in other words, not very far at all), with some white, blue and yellow thrown in as accents.

It adds levity to Mr. Rousteing’s signature ’80s power shoulders and trussed-up-turkey dresses, which can sometimes seem overcooked, and raises the bar on collaborations. Like the Balenciaga “Simpsons” episode, it makes social and cultural commentary part of the value proposition.

And in doing so, it gives credence to Mr. Dickson’s prediction that soon the fashion-toy industrial complex “is going to be a whole new business.” 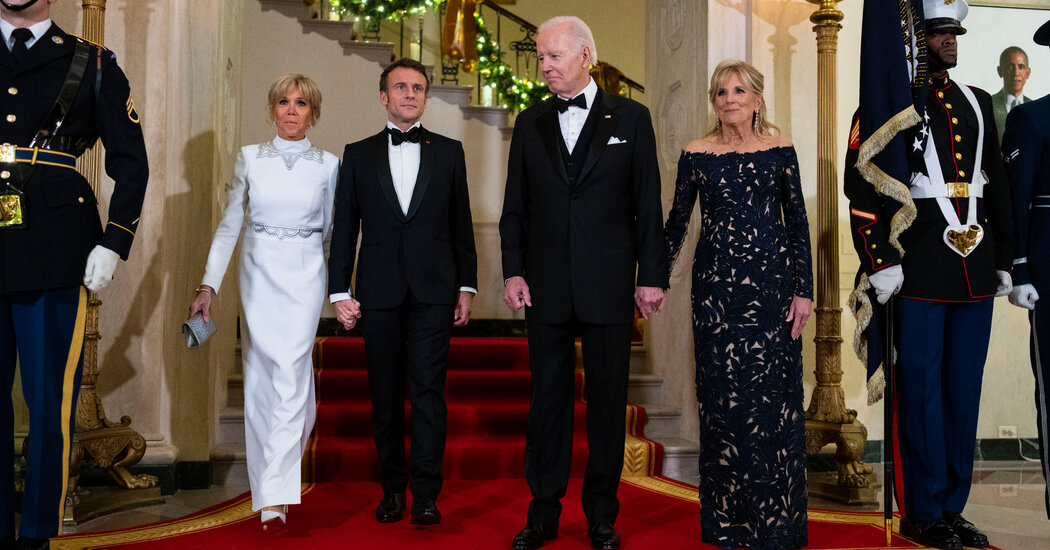