Pop star Ariana Grande announced the release of her newest fragrance God Is A Woman. Named after her 2018 hit song, the new scent will be available at Ulta Beauty stores on August 1 following an online launch on July 29. Grande shared launch details of the fragrance on social media along with the fact that God Is a Woman will be cruelty-free, vegan, and made with 91-percent naturally derived ingredients.

This isn’t the first time that the hit song has served as inspiration for a beauty product. In 2018, beauty brand LUSH Cosmetics developed a vegan bath bomb inspired by the lilac and silver waters in Grande’s “God Is A Woman” music video after receiving requests by fans to reimagine the video in bath bomb form. LUSH’s interpretation of the video was a bath bomb made with aphrodisiac jasmine, osmanthus and rose oil, fair-trade organic cocoa butter, shea butter, and liquid gold argan oil. The God Is A Woman-inspired bath bomb sold out quickly after launch.

Grande recently filed for a trademark for the God Is A Woman name, which beauty resource Trendmood speculates might lead to a larger beauty line after the fragrance is released. 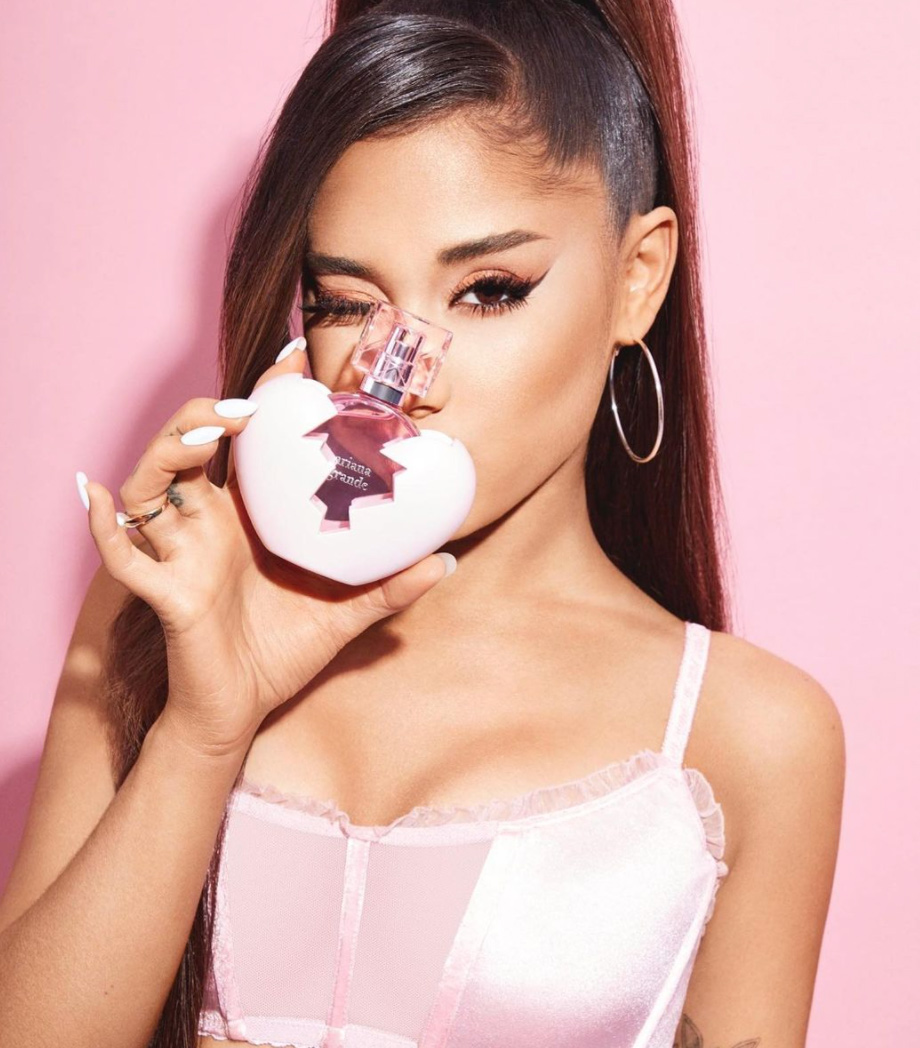 Grande began releasing fragrances in 2015, starting with the eponymously named Ari by Ariana Grande—a scent that featured notes of pear, pink grapefruit, and marshmallow. Working with Florida-based Luxe Brands, the musician has since released six additional fragrances inspired by her albums, songs, and interests, including Cloud (an uplifting scent with notes of lavender blossom, juicy pear, and bergamot); Thank You Next (inspired by Grande’s 2018 song); and R.E.M. (a science-fiction inspired fragrance housed in a crystal-covered bottle).

Grande’s fragrances are all cruelty-free and available at Ulta Beauty, along with other retailers. As some of these fragrances contain “musk”—which can be from either animal or plant origin—VegNews has reached out to Luxe Brands to confirm which of the scents, in addition to God Is A Woman, are vegan. 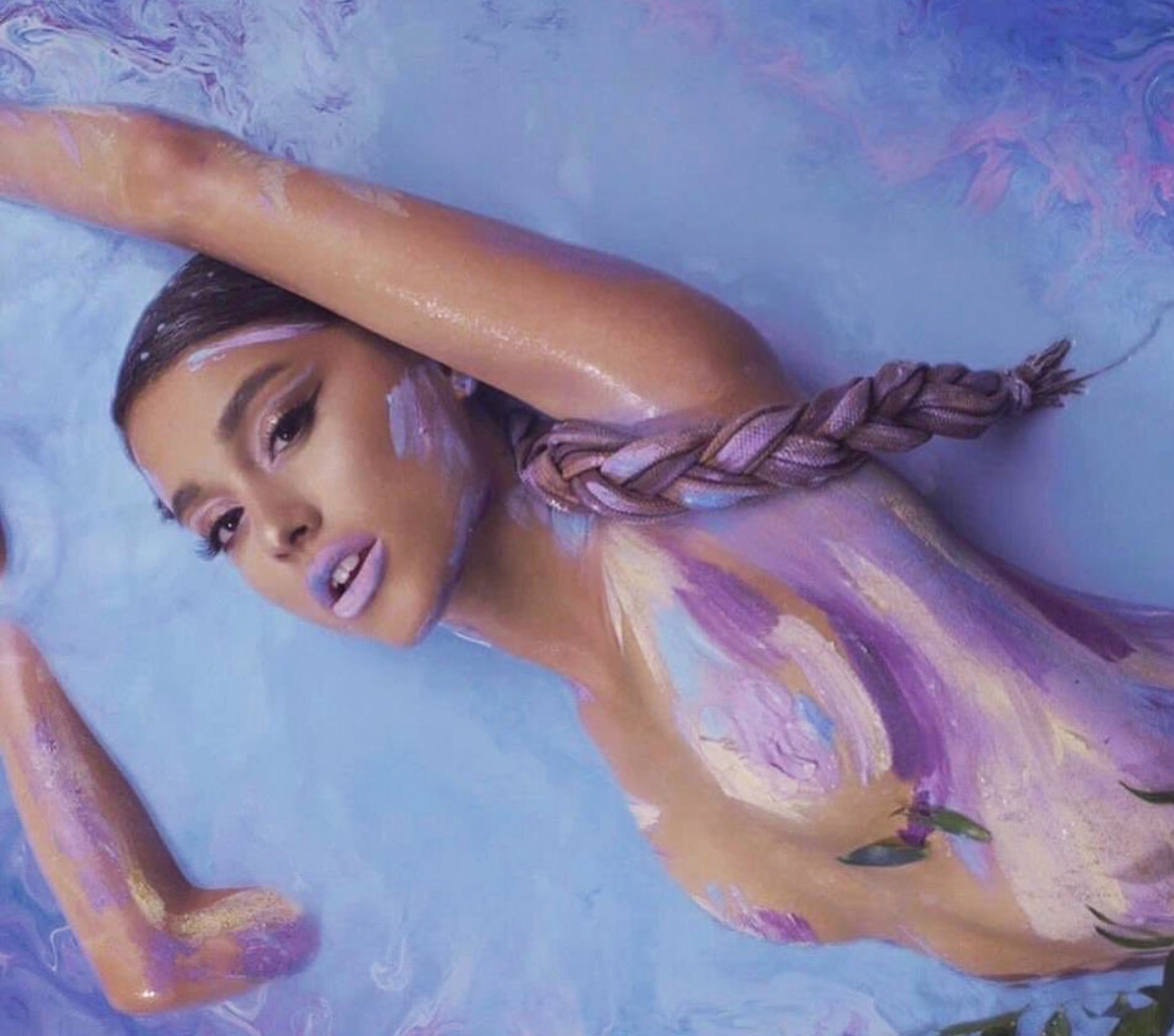 In 2013, fresh off her role as Cat Valentine in Nickelodeon’s Victorious, Grande announced on Twitter that she had gone 100-percent vegan after following an organic, low meat diet since childhood. Since then, the star has been mostly plant-based but not without controversy.

In 2015, Grande was caught on video licking a non-vegan doughnut inside of a California shop alongside one of her dancers. During the incident, Grande stated that she “hates Americans” and “hates America,” which, in a public apology, she later explained was commentary about the country’s obesity rate fueled by foods such as doughnuts.

The singer ran into controversy again in 2019 after Starbucks unveiled the Cloud Macchiato, a beverage that features espresso, a foam “cloud,” and a caramel drizzle that contains butter and cream. The coffee chain teamed up with Grande—a Starbucks fan herself with a history of joking that her last name is the same as one of the chain’s drink size options—to promote the drink.

As the key component of the drink—the cloud—was made with egg whites, it was not possible to order it vegan even if the dairy milk was substituted with plant-based milk such as soy. After Grande posted a photo of herself consuming the Cloud Macchiato on Twitter with #trythesoyversion, fans blasted the star for promoting and consuming a drink that could not be made vegan.

Despite these controversies, Grande continues to use her fame for good. In November 2020, Grande announced the opening of Orange Twins Rescue, her animal shelter in Los Angeles. The star—who herself is a companion to 10 adopted dogs—opened the shelter to rehabilitate cats and dogs with medical issues and then help to find them forever homes.

Since its launch, Orange Twins Rescue has expanded its work beyond cats and dogs to provide services for pigs, which the rescue prefers to adopt out in pairs to give the intelligent animals the companionship and mental stimulation they require. 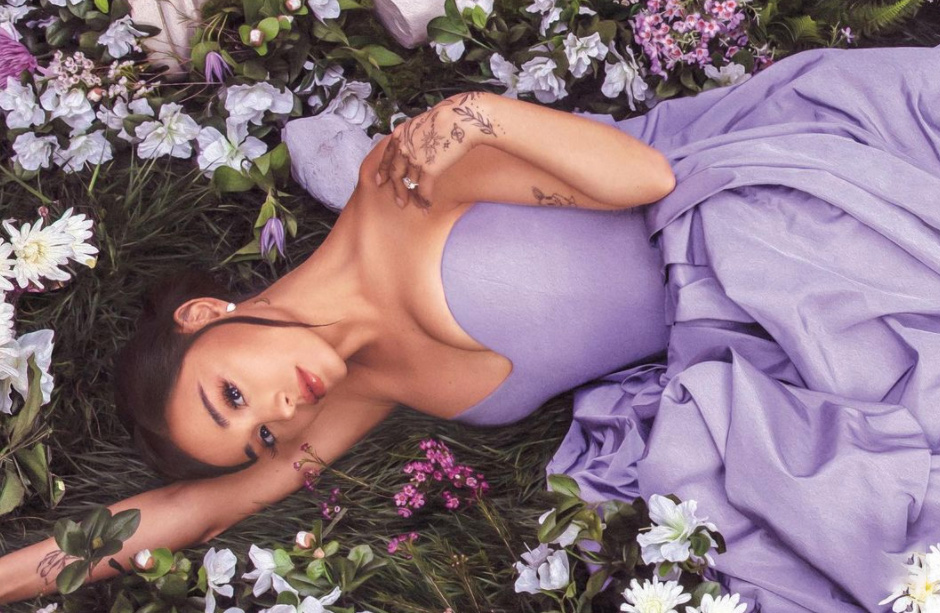 In May, Grande wed luxury real estate agent Dalton Gomez at a private ceremony in Grande’s Montecito, CA home. Grande made her relationship with Gomez public in May 2020 and the couple spent the COVID-19 lockdown period together before tying the knot. Animal-rights group People for the Ethical Treatment of Animals (PETA) sent the newlyweds a tandem bicycle complete with vegan leather seats to commemorate the occasion.

For the wedding, Grande chose minimal white floral decor and wore a simple Vera Wang dress with a dramatic open back and a veil with a bowtie. The intimate ceremony was attended by close family members and nine of the singer’s adopted dogs, Toulouse, Myron, Snape, Lily, Coco, Cinnamon, Strauss, Lafayette, and Pignoli.

Love the plant-based lifestyle as much as we do?
Get the BEST vegan recipes, travel, celebrity interviews, product picks, and so much more inside every issue of VegNews Magazine. Find out why VegNews is the world’s #1 plant-based magazine by subscribing today! 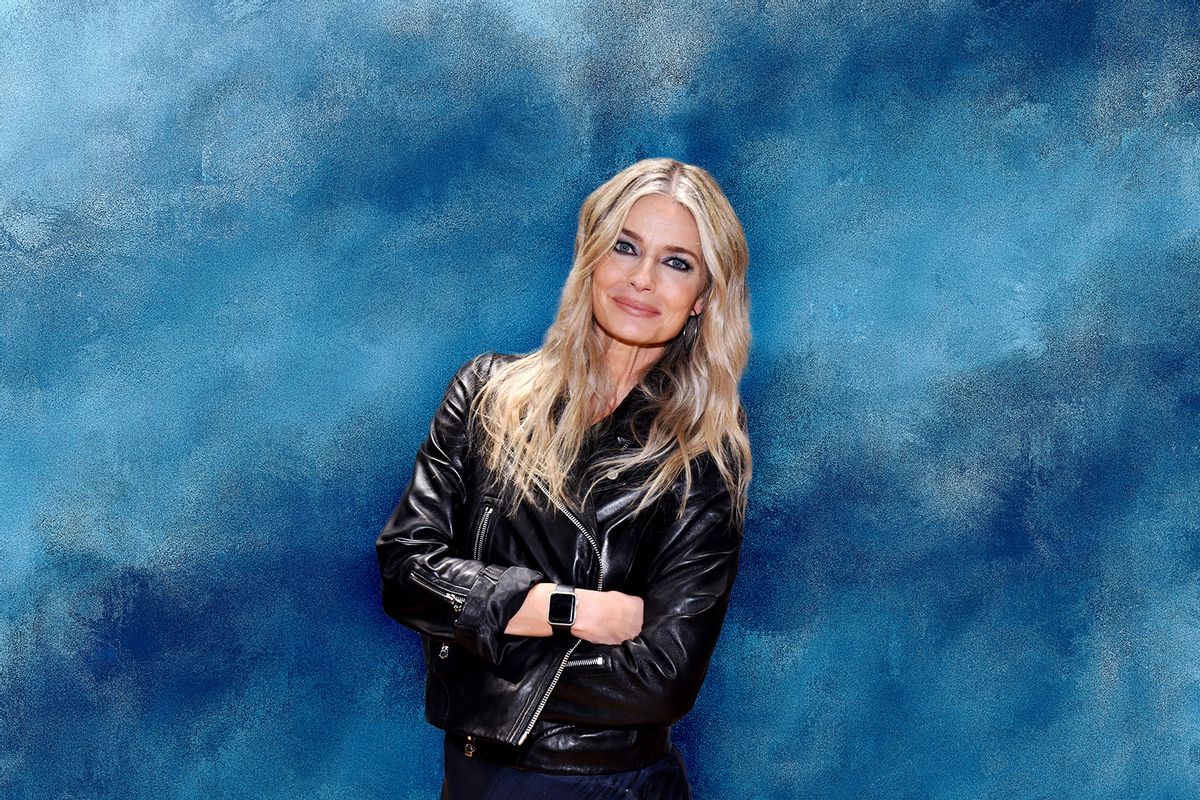